You know that bloke that carves things on a pin head? He did a crown for the Queen and has a resting heartbeat of about 25 and carves in time with his heart while holding his breath.

Yeah well that’s not me. When I was in my youth doing Airfix aircraft I always hated the small fiddly transfers. In those days I had good eyesight. Now I don’t have good eyesight and I still don’t like doing fiddly transfers. Therefore the “FR 59” on the clock side and “RhFf 59” on the engine side was plenty for me. The “To load 5 tons distributed evenly” and its Welsh equivalent can sod right off given I’d have to do it in 1mm high letters.

With the solution finally found it was time to add the bits.

This meant the top end vac pipe and hand brake wheel. The vac pipe is one I had lying around and is a little small. The white paint, btw for those not familiar with such things, is an indication that the vehicle is not braked, ie it just has the pipe running from one end of the vehicle to the other, also known has “through piped”. For the FR this meant 59 van always had to have something else at its top end if it was going over the summit where it could form the downhill vehicle.

The handbrake is some electrical wire with the insulation stripped off attached to a wheel from the accessory kit from Cambrian Models.

The picture also shows the batteries in the body of the van.

And the power of computers…

The wonders of computers means this sort of thing becomes relatively easy.

59 van was the bike van and ran with labels proclaiming so. At one point the disco train louvred van doors were fitted with fake versions.

I can’t quite remember the exact outline but I remember it used music notes to represent the bike so I knocked up a version on Publisher and shrunk it to size. 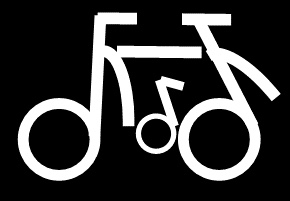 While I was at it, I also made up the headboard these trains usually carried for such occasions.

Yes that old chestnut. Keep it simple stupid. Feeling very pleased with myself I inserted the soldered battery pack in the van only to discover the batteries still fouled the axles.

Honestly! As a design engineer the number of mistakes I’ve made on this project doesn’t bear thinking about. At least you can see the blog is real and not one of those home improvement blogs or those stop frame how to videos where they never make a mistake.

After the paint debacle a friend texted me to ask if Plan D was a hammer. It nearly bloody was this time.

Instead I got the wire cutters out and butchered my last remaining battery holder to get the clips out of it. 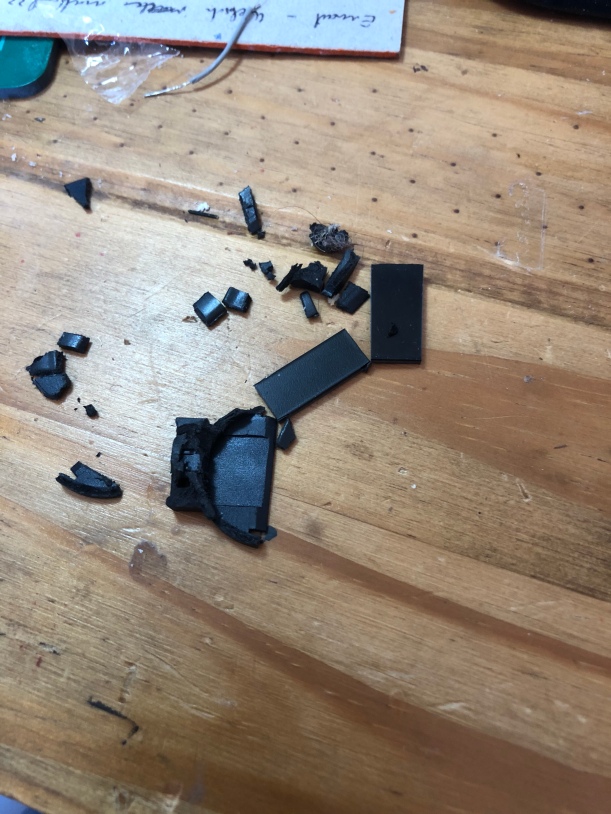 Then I knocked up a battery holder that will hold all three batteries together. The spare wire is for the switch which I will fit at a later date as if I try and do it now I will probably take to the hammer.

I’ve checked and it does fit. So now I can see about fitting it to the roof, adding some strengthening to the solebars and then transfers and varnish and we might be about done. Thank ****!

Well I’ve got a colour I am happy with now and having done that I’ve added the black for the angle iron ribs. Now I can remove the matchstick that was being used as a hold while I painted the van. Final job will be to assemble all the components and finish off the couplings that I discovered I can’t build late at night when my eyes are tired!

One little job I had to complete on 121 was to ensure that I could recharge the speaker. It has a mini USB port but the access to it is limited because some revellers are close to the entry path. I managed it by stripping the rubber insulation off a usb charging cable and then using heat shrink to reduce the overall envelope of the cable plug.

I also wired in the socket for the lights. This sits under the vac pipe at the top end and I’ve made the power lead look like connected vac pipes. 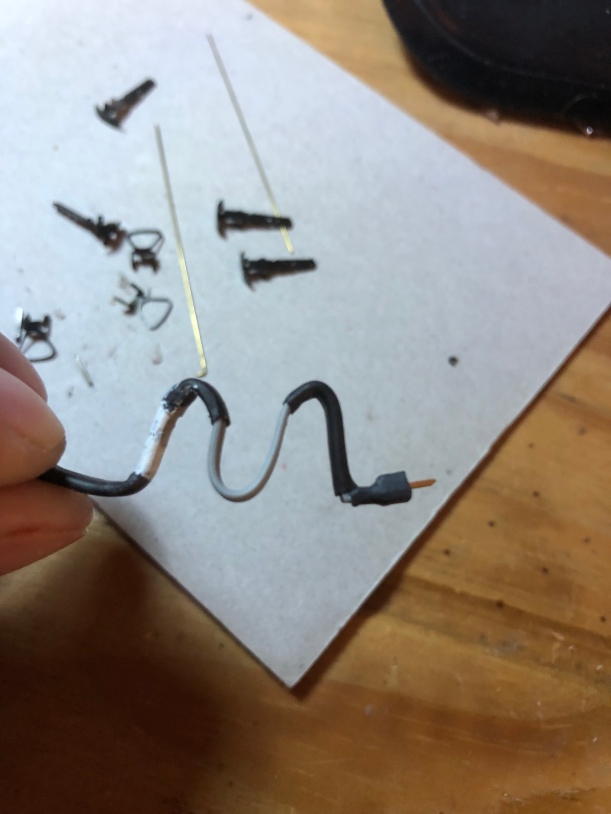 121 is now complete. Just need to finish 59 in time for the consist’s debut on Bron Hebog at Narrow Gauge East.

Well I’m pleased to report that all went well.

I included the idea that Boston Largs Works uses to have a false ceiling to keep everything square and am using the veroboard in that vein. The power pack is now ready to be inserted into the van and the final connector wiring sorted.

I haven’t done this for a while but today I printed out a veroboard plan and set about designing the board for the battery pack. I am incorporating a switch so that I don’t need to unplug the van from the coach every time I want to turn the battery off. 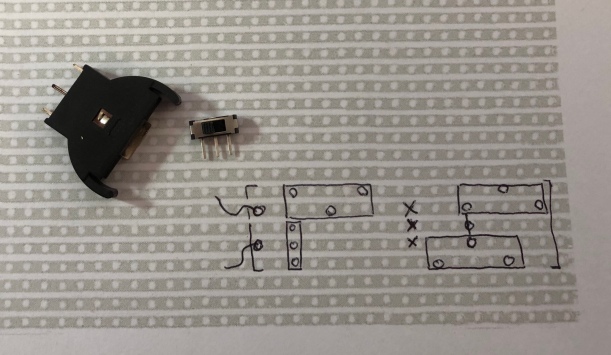 I am thinking of incorporating a technique I developed when I designed remote condition monitoring equipment for rolling stock where the lid held the “gubbins” and the box was simply a shroud. This means that when you take the lid off the gubbins becomes very accessible.

Now to get the soldering iron out.

Penlowry
Create a free website or blog at WordPress.com.